Review: The Silence of the Girls 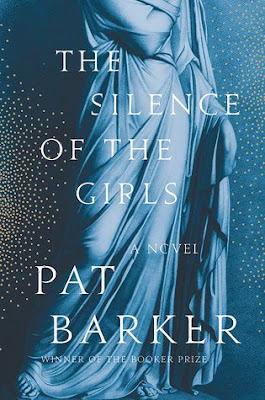 Briseis is queen of Lyrnessus, until the Greek army destroys her city and murders her husband. She is given as a prize to Achilles, where she lives according to the whims of a war hero. She finds an unlikely ally in Achilles' best friend Patroclus and starts to form bonds with the other women. But just as she starts to find her place in the camp, she is ripped away again to be Agamemnon's prize. Briseis is considered a symbol of power, to be possessed by the bravest and most important among the Greeks. But she is also a woman who watches and remembers; she will witness the rise and fall of two of the Greek army's most infamous warriors.

Pat Barker's writing is beautiful. This is my first time reading her work and I can certainly understand why she wins major prizes like the Booker. I saw some interesting criticism of this book, where readers were frustrated that Briseis only talks about men instead of interacting with her fellow captives or making a desperate bid for freedom. But the thing I found most compelling and unbearable about this story is that Briseis knows she is powerless. If she wants to live, she will submit. There is no happy ending for her once her city falls and maybe there never was one to begin with, as a woman married off to a stranger as a power play. Briseis is broken, but she has not given up.

The Silence of the Girls is not a romanticized version of the Trojan War. It portrays the brutal violence of war and its aftermath--the rape and trading of conquered women, the filth and disease of the camp, and the murder of the opposition and innocent civilians. Briseis' greatest strength is also the cruelest trait: she understands everything that is happening. She knows that she will be a footnote in Achilles's story, if she is remembered at all. Briseis tries to hold on to some semblance of her humanity, to remember that she is a person as everyone around her views her as something to be conquered and won. This is a difficult book, but it is good for us to read it. Through her story, we hear the story of women through the ages who have been brutalized by the wars of men and who lived to tell about it.


The Silence of the Girls
By Pat Barker
Doubleday Books September 2018
291 pages
From the library
Posted by Lindsey at 6:00 AM

Email ThisBlogThis!Share to TwitterShare to FacebookShare to Pinterest
Labels: historical fiction, Pat Barker, The Silence of the Girls