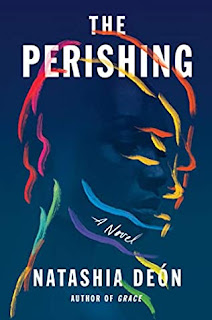 Lou is a Black teenager who wakes up in a Los Angeles alley, with no idea who she is or how she got there. She is arrested and ultimately placed with a foster family. Years later, she lands a job writing newspaper obituaries for people who are often ignored. She also makes friends with a Chinese-American actress named Esther. The girls spend many of their days at Esther's father's boxing gym and that is where Lou sees a Black fireman named Jefferson Clayton. Lou has never met Jefferson, but she realizes that she has been drawing his face for years.

We know early on that Lou is not like other people; she is immortal and this life is just one of many she has lived. But Natashia Deón does such an excellent job of planting us firmly in Los Angeles in the 1930s that the more fantastical elements and the flashes of Lou's other lives are jarring. The Perishing takes elements you think you've read before, and uses them to ask if a timeline exists where we finally stop ignoring the pain and trauma of people of color. 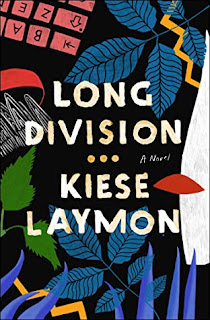 City Coldson is going to stay out of the limelight for a while. After an on-air meltdown at the 2013 Can You Use That Word in a Sentence finals, he is sent to stay with his grandmother in the small town of Melahatchie, Mississippi. Before he leaves, he starts reading a book called Long Division, The book has no author listed, and the main character is also named City Coldson. The City in the book lives in 1985 and finds out that he can travel through time. When the character in the book encounters a girl named Baize Shephard and City discovers that a girl of the same name in present-day Melahatchie has gone missing, it's clear that things are about to get strange.
Long Division is a book where you have to be content with not always understanding what is going on. City (and Kiese Laymon) are not concerned with explaining things to you or making you comfortable; they're just telling you how things are. The characters mirror Laymon's precision with both the construction of story and the words used to tell that story. On one level, this is the story of a teenage boy navigating who he wants to be alongside friends, enemies, and first loves. On a totally different level, City is trying to find out where and when he belongs in a world that is not kind to Black boys--even when he is allowed to compete in the competition, he is seen as a "token minority" and assigned the word niggardly. Long Division is unlike any story you've read before.
Long Division
By Kiese Laymon
Scribner June 2021
301 pages
Read via Netgalley
Posted by Lindsey at 5:29 PM