Snowman is the last human on earth. Well, the last human of our kind. He is the guardian to a group of modified humans known as Crake's children. Snowman must set out on a journey to supplement his rapidly dwindling supplies. As he travels back to the place where the world changed forever, he thinks about his past and his love for a beautiful girl named Oryx and a brilliant and dangerous boy named Crake.

We know from the beginning of the novel that the world has forever changed, but it takes a long time for us to understand exactly what those events were and how they came to pass. As Snowman goes back to his memories, he goes all the way back to his life as a small boy named Jimmy. He recalls living with a father married to his job as a scientist while his mother spirals into depression. He lives in a world divided, where the brilliant live tucked away in compounds where they can create new species and new medication. The rest of society lives in squalor controlled by the decisions of the elite. Although Jimmy does not excel in science, he becomes friends with a young man who goes by the name Crake. After college, Crake is drafted into the highest echelons of science and takes Jimmy with him.

Oryx and Crake is, at times, not as compelling as some of Atwood's other stories. It lacks urgency, since we know what the end result will be from the first pages of the novel. But that doesn't mean it's not interesting. In the present, we see Snowman grapple with his humanity. What does it mean to be human in a world where you are the only one?  Can Snowman hold on to his sanity as he is haunted by the mocking whispers of those he loved best? In the past, Jimmy's world seems so distant but still eerily similar to our own. As scientific discovery increases, human interaction seems to be less of a priority for their society.

I think what makes this story most gripping and terrifying is that it seems completely plausible. I could see how things could spiral out of control just as they do in this story. It gives its readers a lot to think about with regards to the ways in which power is held by a select few and the ways they can use that power to affect everyone. Can the same science meant for good also be used for evil? Who makes that distinction? Oryx and Crake may not be a novel you will speed through, but it is a story that will leave you thinking for a long time after you close its covers.

P.S. If they are reading this, I'm wishing a very happy birthday to my best friend Becca and my sister Ashley! 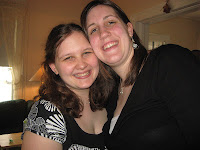 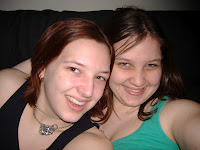