Mini-Reviews: And Then There Were None & First Impressions 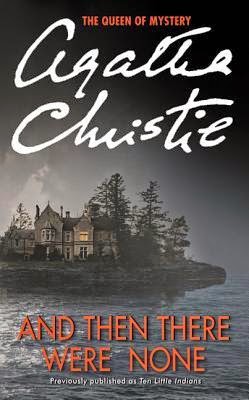 Ten strangers are invited to a mysterious weekend at an island estate. On the evening that they arrive, a recorded message is played that accuses each one of them of murder. Each person seems astonished and there is no one on the island aside from the ten. One by one, the guests die under mysterious circumstances. Will any of them make it off the island? Who is the murderer?

This is my first time reading one of her books and I completely understand why Christie is called the Queen of Mystery. The deliciously wonderful thing about this book is the inability to tell who is good and who is bad. Each character - the pious and elderly woman, the married servants, and the distinguished judge - seem equally capable of lying and killing the people around them. The characters don't know what is going onand neither does the reader. Each time they think they know who the murderer might be, the game changes and they are left baffled and hoping that they will make it through the weekend alive.

This story is a mystery but it is also a morality tale. When our usual forms of justice fail us as a society, as seems to be the case for these people, whose duty is it to ensure that justice occurs and the guilty are punished? Agatha Christie brilliantly builds the tension throughout this book as the characters try to uncover who is lying, who they can trust, and which one of them is picking the others off one by one. And Then There Were None is the perfect book to curl up with on a cold winter's evening as the wind howls outside of your window. 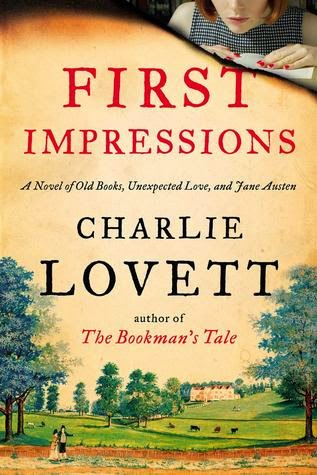 First Impressions works in dual narratives. Our first centers around Jane Austen herself as she gets to know her elderly neighbor Richard Mansfield. She soon discovers that he is a wonderful critic of her writing and the two become friends.

In the present, Sophie Collingwood's world is rocked when her beloved Uncle Bertram is found dead. Although it is ruled an accident, Sophie finds his death suspicious. She moves into his flat and takes a job at a local bookstore. When two patrons ask her to find an obscure book, Sophie finds connections to her beloved Jane Austen and to the death of her uncle.

I suppose I might categorize First Impressions and Lovett's debut novel The Bookman's Tale as literary mysteries. Both books orbit around people who love and work with books, as well as containing manuscripts or books that will answer the puzzle for our protagonists. But in each story, there is a feeling of ease and certainty. While the events are moving at a breakneck pace, there is no doubt that all will eventually be well for dear Jane and for our new friend Sophie. There were several times when I wished for a bit more character development and a few more red herrings to take this book from a perfectly good afternoon read to a book I would adore.
Posted by Lindsey at 1:33 PM

Email ThisBlogThis!Share to TwitterShare to FacebookShare to Pinterest
Labels: Agatha Christie, And Then There Were None, Charlie Lovett, First Impressions