Mini-reviews: Girl in Disguise and By Any Name 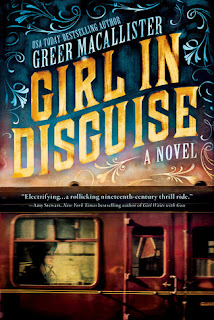 Kate Warne is a unique woman, so she seeks a unique career. She is not content to be a governess or seamstress; instead, she applies to be a Pinkerton detective. Her boss is initially hesitant, but he decides to give her a try. Once she shows what she can do, she becomes a vital part of the Pinkerton team as she can go places and hear things that her male colleagues cannot. Based on the cases of the first female Pinkerton detective, Girl in Disguise follow Kate as she runs right into danger discovering thieves, working as a spy, and maybe even saving the president.

It's great fun to follow Kate from case to case and witness her defy the expectations of her co-workers. Unfortunately, you never quite feel like you know Kate the person. I don't think this is Mcallister's fault though; she writes in the notes that none of Kate's personal records survived. It must be difficult to bring a character to life based on some brief case notes that other people wrote. Even if our protagonist never quite comes off the page, I would still recommend this one as a way to learn a little about an incredible woman who was the first in her field. 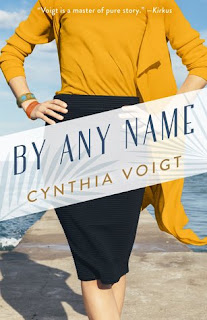 Rida's daughters have spent a lifetime trying to understand their strong and enigmatic mother. She met their father Spencer at a dance for officers during WWII, where she was spotted wearing four engagement rings. But Rida leaves all of those men to marry Spencer and spend a lifetime defying the conventions of Spencer's wealthy and ordered family. Rida's daughters know that their time with their elderly mother is short, and they are comparing notes about what they know of their mom.

Like many young people in the 1990s, I loved reading Cynthia Voight's Homecoming series. She excels at writing about the bonds of family and the ways that people both encourage and disappoint their loved ones. So I was excited to see that she had written a novel for adults. This isn't my favorite of her books, but it is a clear-eyed look at the bravery and cost of being an independent woman during the 20th century. Rida is a woman who approaches her marriage or her children with her own rules and expectations and she certainly doesn't let societal norms of the day keep her from becoming a successful landlord before it was acceptable for women to do so.  By Any Name is a great read for anyone who has loved her books before and a perfect introduction to her writing for the reader who is encountering her for the first time.

By Any Name
By Cynthia Voight
Diversion Publishing April 2017
270 pages
Read via Netgalley
Posted by Lindsey at 3:24 PM

Email ThisBlogThis!Share to TwitterShare to FacebookShare to Pinterest
Labels: By Any Name, Girl in Diguise, Netgalley