Happy Halloween, friends! May you have more tricks than treats and may there still be candy left at your house after all the kids have come by. This year, I went trick-or-treating with the 11th Doctor from Doctor Who and one butterfly fairy princess.

Today is the last day of Readers in Peril, where readers indulge in the spookiest horror stories and mysteries. I confess to being a bit of a wimp when it comes to being scared, so I am always happy to read a good mystery with surprising twists and turns that still allows me to sleep at night! 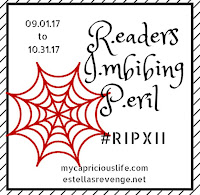 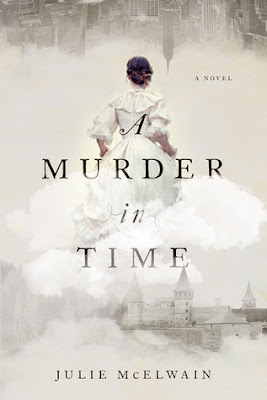 Kendra Donovan is very good at what she does. But when an FBI raid goes terribly wrong, she discovers a mole has been working alongside them the whole time. After she recovers from her own gunshot wound, she vows to avenge her murdered colleagues and finds the man responsible. Before she can kill him, she finds herself whisked back to 1815. At first, Kendra is determined to keep her head low until she can find a way back to her own time. But when a young woman is found murdered, she can't keep quiet. Kendra utilizes every tool at her disposal to find a 19th century killer before he murders again.

When you read books with a time travel plot, you have to engage in a certain suspension of belief. In this case, Julie McElwain hinges the entire plot on the murder of a team you never really get to know. The reader has to trust that Kendra was close enough to these people to feel compelled to murder someone on their behalf. As a 21st century FBI agent, Kendra acts very differently than the women she encounters once she goes back to the 19th century. Aside from a passing thought where Kendra realizes that unusual women of that time are often sent to an asylum, she never seems in any real danger of being sent away in spite of her knowledge of future events and techniques and the shocking way she speaks to the men around her. That being said, if you can get past the first few chapters and suspend your belief a bit, this is a really fun ride. There are several possible suspects and McElwain really keeps the pace moving as you race toward the end to see who is responsible. A Murder in Time is the first in a trilogy and I will certainly be picking up the second book to see what happens next. 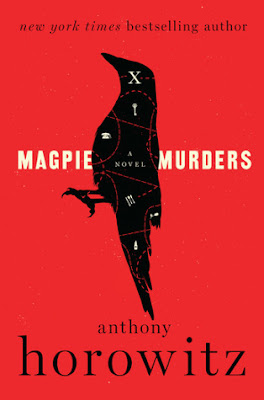 Susan Ryeland is an editor who is all too familiar with Alan Conway and his charming murder mysteries; after all, she has been his editor for years. The Atticus Pund series keep her publishing company afloat, so she puts up with his obnoxious behavior. When Susan gets the newest mystery, she has no reason to expect that this new installment will be any different. But this book seems to be missing the final chapter and when Susan goes to track it down, she discovers that the author is dead under mysterious circumstances. Are the answers to Conway's death in his latest story?

Magpie Murders is a giant book with an entire mystery novel inside a murder mystery. The manuscript that Susan is reading is a careful celebration of the cozy English manor mystery that we all know and love. There are secrets, nosy neighbors, and class battles on every page. Anthony Horowitz has done his homework in paying homage to beloved mystery authors of the past, while also putting his own unique and intriguing twist on a murder mystery.

Magpie Murders
By Anthony Horowitz
Harper October 2016
496 pages
From the library
Posted by Lindsey at 11:45 PM