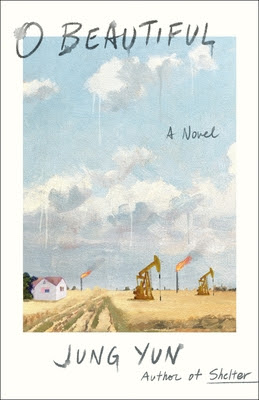 Elinor Hanson is trying to reinvent herself. After years of working as a successful "Asian model," she has finished graduate school and is determined to be a successful writer. When her mentor offers her the chance to take over a story about an oil boom in the area where she grew up, Elinor cautiously accepts the assignment. As she interviews the men who have traveled to make their fortunes on the oil fields and the small town residents whose lives have been upended by the oil boom, she realizes anew that she has always been seen as an outsider.

Elinor grew up in North Dakota as the daughter of a white US airman and the Korean woman he brought home after his time overseas. She knows what it is like to feel like an outsider as one of the few non-white students growing up in her North Dakota town, as an Asian woman in a largely white modeling industry, and as an older student in her journalism classes.

O Beautiful is an unflinching look at the things that women, especially women of color, deal with on a daily basis. From the first pages, Elinor is accosted by men who "just want to talk" or "were just trying to be friendly." Jung Yun succeeds in portraying just how oppressive it is to live a life where you are always on your guard, always worried, always looking for the next possible threat. Elinor is often angry and I would say that this book is written with anger, too; there is anger about the way racism and sexism impact our lives, the way giant corporations are destroying the planet for profit, and the widening gap between people who can't make ends meet and those who have more money than they could ever spend.

As the title indicates, this is a story about who belongs in America. Can woman truly feel at home in a society where they need to be on their guard? Can Black or Asian or Latino people find a place to call their own when the people around them see them as threats? O Beautiful is a tightly constructed novel about one woman searching for a place where she will be truly safe and welcome as an Asian American woman.