Forgotten History Mini-Reviews: Dogs at the Perimeter and Dreamland Burning

I'm placing these two mini-reviews together because both books center around lesser-known moments in history. I certainly never learned about The Tulsa Race Riots in history class and I knew of the Cambodian genocide, but had never read a novel about it. I find that the best historical fiction inspires you to go and research further and Dogs at the Perimeter and Dreamland Burning certainly do that. 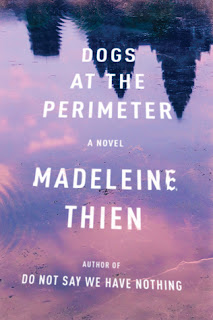 Janie doesn't know what to do with herself. Her friend and mentor Hiroji has disappeared, she can't face her husband or young son, and she is haunted by her past. Both Janie and Hiroji are consumed by thoughts of their brothers---Janie knows that her brother died long ago in Cambodia, but Hiroji can't help but hope that his brother is somewhere in the world after working at a refugee camp. This novel is an intense and devastating look at the visible and invisible scars of war.

Dogs at the Perimeter is a book where little happens in the present. Instead, the characters live in a world of memories and fight to keep living because the horrors of their past refuse to leave them alone. Those memories are written sparsely because we need no embellishment to understand how agonizing it is to not know where a family member is or to helplessly watch someone starve. Madeleine Thein is one of those writers who seems to stay mostly under the radar, which is a shame. Her books are beautifully written examinations of grief and loss, both individually and for the people of entire nations who have lived through unimaginable circumstances.

Dogs at the Perimter
By Madeleine Thein
W.W. Norton October 2013
259 pages
From the library 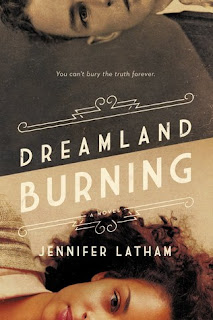 Rowan Chase had only lazy summer day before she was supposed to start her internship. But discovering a dead body on the family property will send her searching for answers about what happened to the victim and how he ended up buried in her backyard. A hundred years before, Will Tillman is trying to find his way in a city where racial tensions are rising. Will tentatively befriends a black boy and his sister, but he also is pursued by a local Klansman who wants him to join. Little does he know that Tulsa is about to literally be set on fire and everyone in town, black and white, will be in danger.

I have to confess I didn't know anything about the Tulsa Race Riot of 1921. An entire section of town was burnt down, thousands of African American homes and businesses were destroyed, and hundreds of people were murdered. Jennifer Latham does a wonderful job of showing two kids on the verge of being adults who are seeing things clearly for maybe the first time: Will is white and has rarely considered what it would mean to be a person of color and Rowan is biracial but protected by her wealth until she starts working at a local clinic and sees the ways poverty and racism can destroy lives. This is a rare instance where both timelines are compelling and readers will love following Will and Rowan all the way to the end.