Review: Sing For Your Life 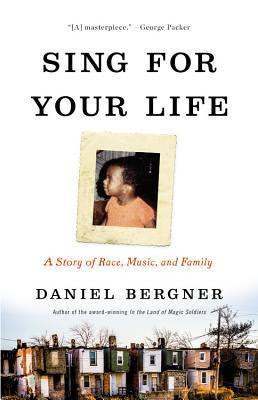 Ryan Green was a young man heading for trouble. He lived in a bad neighborhood, his father was gone, and Ryan and his mother frequently get into physical altercations. When he was twelve years old, he was sent to juvenile detention. But twelve years later, he was singing on the stage of the Metropolitan Opera House and winning a spot in a national program for the most talented young singers. Sing For Your Life follows Ryan from a cell in solitary to a career as a professional opera singer.

As someone who has studied voice and sings frequently, I was intrigued by Ryan's story. I know the years of practice that it takes to become a good singer and that talent is no guarantee of success. I wanted to know how a young man with little training kept winning competitions and rising in the opera world.

It's wonderful to read about teachers and mentors who chose to believe in and champion a boy who had a difficult upbringing and had spent time in juvenile detention. The adults in his life tried to get through to him at his most violent, gave him the extra instruction he needed to catch up to the other musicians, and encouraged him to dream big.

The most fascinating part of the story though, is seeing the ways Ryan encounters prejudice and is able to overcome it. He remembers the wonder he felt the first time he saw a person of color sing a major role in an opera and how her performance convinced him there could be a place for him too. The most heartbreaking moment comes when he is fairly far along in his opera career and is asked to sing the seminal musical theatre song Ol' Man River. He has already performed several opera roles and knows how to sing in multiple languages, but the wealthy patrons of the arts want to hear him sing a song that hearkens back to the days of slavery and racism.

Sing For Your Life sometimes struck me as being better suited as a series of pieces for a magazine or newspaper and even after spending 300 pages with Ryan, I feel that I have only seen the surface of who he is and what he has experienced. In spite of that,  I am glad I know Ryan's story and hope that he has a long and wonderful career.


Sing For Your Life
By Daniel Bergner
Lee Boudreaux Books September 2016
320 pages
From the library
Posted by Lindsey at 6:00 AM