What To Read After The Great Gatsby

So you had to read The Great Gatsby for your high school English class or your Intro to the Novel course at college. Maybe you picked it up after watching Leonardo DiCaprio in the movie. And it turns out that you sort of liked it. Maybe you really liked it. But now you're not sure what to read next. F. Scott Fitzgerald is one of those big famous authors and it's tough to know where to start.

Not to worry, this F. Scott fan has got you covered!


Looking to read another Fitzgerald novel? 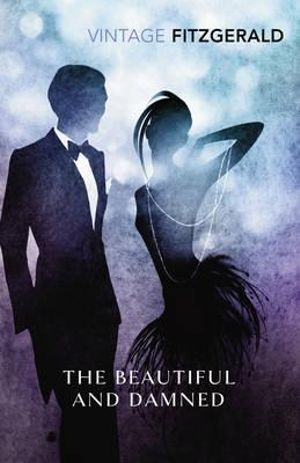 The Beautiful and Damned tells the story of Anthony and Gloria Patch, who sound quite a bit like Fitzgerald and his wife Zelda. When I reviewed it, I wrote "Although this book is almost a century old, it feels incredibly timely. Here is a novel about young love, about the tenuous line between riches and poverty, about a young man who graduates from college, can’t decide what to do with his life, and then can’t find a job. Fitzgerald’s brilliance is that it resonated with his peers – those of old money whose world was changing rapidly – and it resonates with the current generation that is watching their dreams fall aside to the economic and social realities of our day."

Tender Is the Night is a sad and beautiful book about a marriage that is falling apart. Its characters love each other while hurting each other and try to solve problems caused by money and glamour by turning to those very things.


Looking to read a different kind of work? Fitzgerald wrote many short stories to pay the bills as he worked on his novels. His stories were published in Esquire, the Saturday Evening Post, and Collier's Weekly. Flappers and Philosophers is his first story collection and includes favorites such as "The Ice Palace" and "Bernice Bobs Her Hair."

Although a lot of Fitzgerald's fiction was based on real people and events, he did write a good amount of true nonfiction as well. A Short Autobiography is actually a collection of articles he wrote, ranging from sarcastic advice about how to live on a budget to a reflection on the life of his father.


Looking to find out more about the man himself? Matthew J. Bruccoli is one of the preeminent scholars of Fitzgerald's life and work. His biography Some Sort of Epic Grandeur is the place to start for F Scott fans looking to increase their knowledge.

Reading correspondence is a great way to understand how writers wrote at their most uninhibited. Dear Scott, Dearest Zelda is a collection of letters between the husband and wife, spanning their relationship.


Looking to read some of his contemporaries? Hemingway and Fitzgerald were great friends and occasionally enemies, who challenged and criticized each other's lives and work. In contrast to Fitzgerald's detailed prose, Hemingway's writing is stark but still powerful. A Farewell to Arms is based on Hemingway's time working for an ambulance service during WWI and is both a tale of war and a sweeping love story.

Wharton's Pulitzer Prize winning novel is about wealth and reputation, duty and love. I haven't read The Age of Innocence yet, but it is on my classics club list!


Looking to find out why The Great Gatsby endures? I recently read So We Read On and found it a really fascinating and thoughtful examination of why Gatsby continues to capture the imagination and love of readers. Her close reading is accessible to anyone but also interesting for even the most devoted of fans.

The author of Careless People engages in a bit of hypothetical journalism. She compares Fitzgerald's notes about Gatsby with events happening at the time and attempts to uncover whether he may have been influenced by them. It's great for readers who love the novel and those looking to get a better sense of the time period.
Posted by Lindsey at 4:06 PM