Review: The Queen of the Night 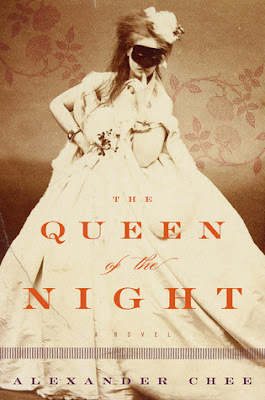 Lilliet Berne is a renowned soprano who has carefully built her career and built a public persona. When she is approached at a ball about originating a role in a brand new opera, she is thrilled at finally achieving the last honor for a singer. But as Lilliet listens to the story line of the opera, she realizes with panic that it is the story of her own life. Thousands of people may have heard her sing, but only four people know the truth of her past - one loves her, one wants to possess her, one has likely forgotten her, and one is dead. Lilliet traces her life back to its painful beginning as she confronts each person who truly knows her. As she does, she takes readers from the ring of a circus tent to the secret corridors of palaces and onto the stage of the Paris Opera.

The Queen of the Night promised to check off many of my literary loves. A book about music and the opera? Check. Historical fiction? Check. Secrets and a carefully crafted persona? Check. Phantom of the Opera vibes? Check.

Alexander Chee appears to have great fun tossing readers down one rabbit hole after another. Because Lilliet is thinking backwards, she starts to explain one thing but then detours to explain something else first. The stories themselves are so interesting that the reader doesn't even mind taking so many stops on the trip. Mr. Chee has done an immense amount of research and each place he takes us is meticulously and wonderfully crafted.

Lilliet is constantly discovering the power of  having a voice and the power of silence, As a Falcon soprano, her voice is one that can sing a greater range than most singers but it also means that her voice is more prone to injury and a short career. As her singing brings her acclaim, she also finds that people in power want to use her voice and her influence for their own ends.

The Queen of the Night feels like an opera. There is passionate love and great tragedy, bold characters, twists and turns, and beautiful moments worthy of an aria. It is sprawling and ambitious and delicious. This is the kind of book that you will be happy to get lost inside.

The Queen of the Night
By Alexander Chee
Houghton Mifflin Harcourt February 2016
576 pages
Read via Netgalley
Posted by Lindsey at 11:08 PM

Email ThisBlogThis!Share to TwitterShare to FacebookShare to Pinterest
Labels: Alexander Chee, Netgalley, The Queen of the Night