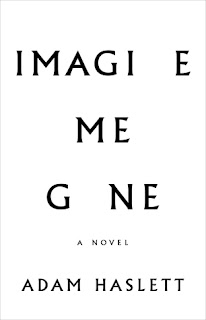 Margaret is surprised when her fiance ends up in the hospital, being treated for depression. She has to decide if she will approach the relationship with caution or jump in with her whole heart. She stays with John, and soon the two are married and the parents of three children. But life is not easy for this family: mental illness has its grip on John, as well as his son Michael. Imagine Me Gone puts readers in the shoes of John, Michael, and the people who love them and want to help them.

This is a difficult book to read, which perhaps is a testament to how accurately Haslett can write about the pain and cost of depression and anxiety. Michael's struggles in particular make the reader want to turn away, as he fills out psychological intake forms with long rambling treatises on music, prescription drugs, and reparations for slavery. Michael is endlessly needy, to the point where he incessantly calls his family and friends or bangs on their doors in the early hours of the morning. His family deals in different ways: his mother quietly pays his bills, his sister Celia neglects her own patients to counsel him, and his brother Alec tries to convince him to wean himself off drugs. Imagine Me Gone doesn't offer false hope or a saccharine conclusion; instead, it is a brutally honest look at mental illness through the eyes of people suffering and their loved ones.

Imagine Me Gone
By Adam Haslett
Little, Brown and Company May 2016
368 pages
Read via Netgalley 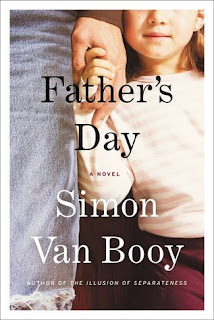 Harvey is six years old and her parents have just died in a car crash. Her social worker Wanda wants to find the best home for her. She considers an unorthodox solution: Harvey has an uncle. Jason has a criminal record, a leg that doesn't work, and he seems happiest when left alone to fix his motorcycle. But Wanda has been a social worker for a long time, and sometimes she just has a hunch about people who need each other. Father's Day follows Harvey and Jason in dual storylines as the six-year-old and her uncle get to know each other, and years later as Harvey prepares for a visit from Jason.

If I say that Simon Van Booy writes stories that make me believe in humanity again, it might sound trite. But it's true. He writes perfect endings for his characters after pages of beautiful writing and deep insights about what it means to be vulnerable and let someone else into your life. The alternating glimpses into past and present allow us to see the slow transition of two individuals into an unlikely family.

Father's Day
By Simon Van Booy
Harper April 2016
304 pages
From the library
Posted by Lindsey at 6:00 AM