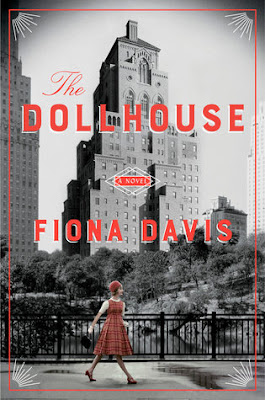 In 1952, the Barbizon Hotel was home to the most beautiful and talented models, secretaries, and editors. Darby McLaughlin is determined to find her place in New York City, but she is mocked by the models and finds secretarial school boring. Instead of practicing typing, she finds herself spending evenings with a Barbizon maid and aspiring singer named Esme. Her new friend helps her find her voice as a singer and introduces her to a handsome young chef, but the jazz clubs of New York City have a darker side that threatens to ruin everything for Darby and Esme. Decades later, journalist Rose Lewin lives above Darby and other elderly women at the Barbizon. When she discovers that Darby was involved in a skirmish that left a young woman dead, she is determined to find out what really happened to Darby, Esme, and the women of the Barbizon.

It's impossible to read a story like this one set in the past and the present without thinking about how much has changed for women and how much has stayed the same. In the 1950s, propriety reigned and the women of the Barbizon lived under the rule of a housemother who ensured that they were properly dressed, properly employed, and interacted properly with the opposite sex. Rose's storyline is set in 2016 and she still deals with being seen as a pretty face instead of a serious journalist and her life being ordained by her boyfriend and her male boss.

The Dollhouse is one of those books you speed through, eager to discover the secrets that have been hidden for sixty years. Fiona Davis wonderfully captures the 1950s and the hope of young women eager to strike out on new paths and their heartbreak when doors are closed to them. While the characters never seem quite developed enough, this is a fun mystery to breeze through in a weekend.

The Dollhouse
By Fiona Davis
Dutton August 2016
304 pages
From the library
Posted by Lindsey at 6:00 AM

Email ThisBlogThis!Share to TwitterShare to FacebookShare to Pinterest
Labels: Fiona Davis, The Dollhouse