Review: The Art of Crash Landing 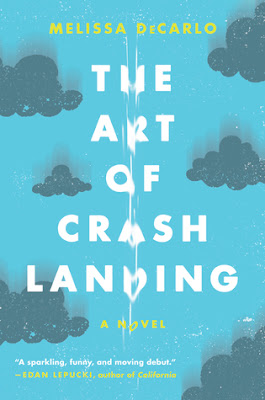 Mattie Wallace has reached a new level of screwing up her life. She is broke, in a major fight with her boyfriend, and just found out she is pregnant. With each bad decision, she is reminding herself more and more of the alcoholic mother who always let her down. When Mattie discovers her grandmother has passed away and left her an inheritance, she decides to make a last-ditch trip across state lines to the town where her mother grew up. She finds that the people in Gandy, Oklahoma both remember her mother with fondness and despise her for leaving them all behind without a word of explanation. Can Mattie uncover what really happened to make her mother leave her home and everyone who loved her? Can she finally stop making the same mistakes as her mother?

As I started reading this book, I was rather dubious. Mattie makes terrible decisions, again and again. It becomes kind of frustrating to watch her mom's ex-boyfriend and other characters reach out to her, only to have their kindness shoved back in their face. But somewhere along the way, Ms. DeCarlo makes you care. Mattie is a seriously messed up person and she actually wants to change - she just doesn't know how to do that.

As readers start to care for Mattie in spite of her, they will also fall head over heels for the residents of Gandy, Oklahoma. Where else would you find a cranky librarian known to the locals as Aunt Fritter or a sulking teenage girl who seems like a stand-in for April from Parks and Rec? Mattie slowly starts to get to know the people of the town and discovers that the people who look like they should have their stuff together are often the ones hiding the biggest secrets. Perhaps there is room in this community for one more person who has made big mistakes.

This book is funny and written so smoothly that you won't even notice that you've been reading for an hour. While the premise of a girl going back to her hometown, discovering family secrets, and just maybe making good may sound like something you have read before, DeCarlo infuses it with new life and new humor. The Art of Crash Landing is a book I grew to love and I am looking forward to more stories from this debut author!


Want to find out what other readers thought of this book? Visit TLC Book Tours to find out!