Review: The Race for Paris 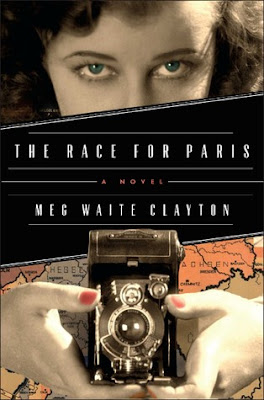 Jane Tyler is one of the few female reporters covering Europe during WWII. When she meets up with Liv Harper, a female photographer, they quickly strike up a friendship. Both women are frustrated by the restrictions set on female corespondents, so they make a break for it and decide to join the troops and journalists heading towards Paris. Luckily, they meet up with Fletcher, a British military photographer and acquaintance of Liv's, who agrees to let them tag along in his jeep. Jane, Liv, and Fletcher will forever be linked by their experiences as they race to get the stories and photographs that will make their careers and show the world what is really happening behind the front lines of World War II.

While reading this, the stakes never felt particularly high. Liv and Jane are ferried around by Fletcher wherever they want to go, and they receive no resistance from anyone. They are supposedly in danger of being sent home since they are not authorized to be on the front lines, but everyone they encounter seems to give them a wink and send them on their way. Despite promising a race in the title, the story moves pretty slowly and as it turns out, Paris is not the end destination for these characters.

The dynamic between Liv and Jane is interesting - Liv is the more accomplished and wealthy of the two women. Her husband is the editor of the paper she works at, and she has always lived an affluent life. Jane, on the other hand, doesn't know her father and is still lamenting her childhood sweetheart who happens to be the son of the wealthy family that employs her mother as a maid. There is a dynamic of jealousy between them, especially when it comes to romance with another character. I couldn't help but feel that Jane was giving us a window into Liv's more interesting life and more complete character, but it would have been a more compelling read from Liv's own mind and words.

I really appreciated Clayton's research into the real women who worked as journalists and photographers. It is clear on every page that she really knows her stuff and it is carefully woven throughout the story, as we learn about rations and army jeeps and the lack of communications between the generals, the troops, and the press corps. We also see inside the rationale of the people who show us the news as Liv takes photos she knows will never be shown and Jane debates writing about certain events knowing that they will never make it past the censors. One of my favorite aspects of this story was Clayton's inclusion of quotes at the beginning of each chapter from Martha Gellhorn, Margaret Bourke-White, and other female correspondents. This story would be a great jumping off point if you wanted to read about the courage and commitment of the writers and photographers who covered World War II.


For more reviews, visit TLC Book Tours and find out what other bloggers thought!