Mini-Reviews: Sunday's on the Phone to Monday and Country of Red Azaleas 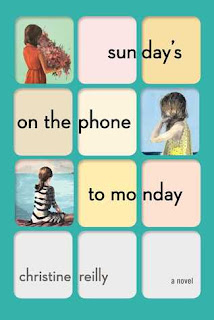 When Mathilde and Claudio meet at a party, they discover that even two fiercely independent people can be strengthened by family. They marry and Mathilde continues to pursue her dreams of acting, while Claudio runs a record store. They soon have three children: brilliant Natasha, Lucy, whose heart condition could turn into tragedy at any moment, and Carly, who is adopted from China. In addition to the usual joys and trials of raising children, the couple is also responsible for Claudio's sister Jane who is unknown to her nieces because of her violent struggles with mental illness. In short vignettes from differing points of view, we are invited into the inner depths of the Simone family to see just what makes their hearts beat.

It would be simplistic to say that Sunday's on the Phone to Monday is a book about sisters. It is that, but it is also a book about husbands and wives, sisters and brothers, parents and children. Reilly does a masterful job of capturing what it is like to be a young parent as well as the ways that siblings fight with and protect each other. This book is both quirky and heartfelt; sometimes those two things work wonderfully and sometimes it becomes just a bit too much. It would be a great pick for the reader who loves to read about the tragedies and triumphs of family. 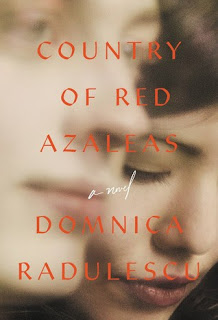 Lara and Marija are the best of friends, no matter what. But when their countries of Serbia and Bosnia begin a bitter war, the two women are torn apart. Lara goes to America with a new husband and Marija is determined to report on the atrocities of war from Sarajevo. The friends are able to keep in touch for a while but when Lara loses contact with Marija, she is determined to go back home and find her.

Country of Red Azaleas has been compared to Elena Ferrante's Neapolitan books and I can understand the comparison. Lara and Marija are the kind of friends who will fight bitterly but fight for each other even harder. Lara is a tough character to follow, though. She is mostly able to escape the war that rages in her homeland. She marries, works as a professor, has a child, and has the luxury of having an affair while her friends and family are in a war zone. Even when Lara finds out what has happened to Marija, the terrors she experienced seem removed from Lara's life (and by extension, ours). But I'm glad that this novel gives voice to two nations and a war that I think are often ignored by history.