Two weeks ago, I read The Rose and the Dagger which is the sequel to The Wrath and the Dawn. I enjoyed the sequel as much as the first book. The characters were compelling, the writing moved at a wonderfully breakneck speed, and I was captivated by the story. But it was a rough re-entry. The six months between reading the first book and the second one made lots of details blurry and it took me a few chapters to remember what had happened before and get back in the rhythm of Renee Ahdieh's writing. 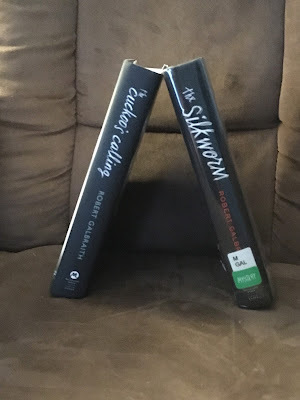 So maybe I've learned my lesson. I read The Cuckoo's Calling earlier this month. Then I went to the library and picked up the next one. This way, I will remember everything from the first book that impacts the second. One of my favorite reading memories is when I sped through several Flavia de Luce books all in a row. Some of my most frustrating moments have been while reading books in series when the previous book was published (and read) many years before. 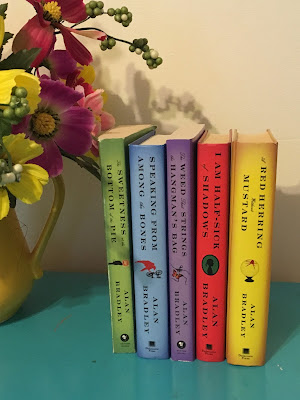 So tell me, bookish friends. How do you deal with sequels and series? Do you read them all in one glorious spree? Do you re-read earlier books before a new release? Or do you just jump in and hope that you remember enough of the previous stories?
Posted by Lindsey at 9:14 AM