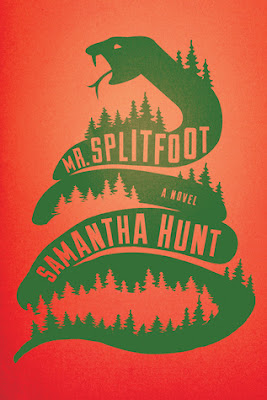 Ruth and Nat are the closest of friends. They have spent their teen years as foster children under the dubious care of Father Arthur, along with other unwanted kids. But now emancipation is just around the bend. As awful as foster care has been, the unknown future seems scarier. Nat has a gift for speaking to the dead and what started out as a way to comfort kids who miss their parents soon becomes a thriving business led by the mysterious Mr. Bell. Many years later, Ruth visits her pregnant niece Cora. Ruth refuses to speak, but she does take Cora along with her on a journey. Where has Ruth been all of these years and where is she leading Cora?

I have to confess that I read the first several chapters of this book with an intense feeling of discomfort. As a mom, my heart broke for these kids who were abandoned and abused and so desperate. I felt actual fear as grown-up Ruth led Cora on a journey of unknown length with an unknown destination. The book progressed and I found my fear changing into fascination as I followed Ruth and Nat and then Ruth and Cora.

This is a gothic novel with magic and mystery and wonderfully delicious "oh, now that makes sense" moments. Each storyline is fascinating in itself and they converge in the most unexpected ways. Mr. Splitfoot is unlike anything I have ever read, and I am so happy that I picked it up. It left me believing in both the creepy feeling when you are alone at night and the possibility of true magic.


Mr. Splitfoot
By Samantha Hunt
Houghton Mifflin Harcourt January 2016
336 pages
From the library
Posted by Lindsey at 6:00 AM