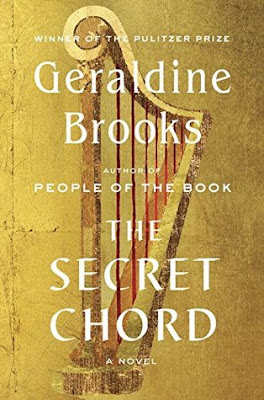 He is one of the most beloved men in the Bible. He is the boy who slew the giant, the king who danced before God, and the man who grieved for his sins and the loss of his son. David, the King of Israel, was both revered by his people and reviled by the people whose kingdoms he conquered. When David asks the prophet Natan to compile a history of his life, he discovers hidden chapters as well as triumphs and tragedies he could never have anticipated. David is desperate to be known not just as a name, not just as king, but as a whole man who had successes and failures.

Natan and David share a special bond. David spared Natan after he took revenge on his family and instead took him in as a part of his entourage. He soon discovers that Natan hears directly from God, who has quite a few things to say to David about his life and the future of his kingdom. Natan knows David as few other people do, but he is still surprised by the brutal choices he makes to hold his kingdom and his reign together. He is a bold leader, but he can also be terribly selfish and the power and glory of being a king goes to his head all too often.

In one important scene, David dances before the holy Ark of the temple. That joy is not often to be found in the pages of The Secret Chord. As witnesses to David's life, we are too late to witness the moment of triumph when he is crowned king and we do not see the joy of meeting his children or the happy private moments with any of the women he loved. This is a dark book, full of battles, deception, and pain felt by David, Natan, and pretty much every other character to appear in this story. The continuous feeling of darkness can make it a difficult book to read in some sections and without the levity and joy, it can be hard for the reader to believe they should care for this hardened and stone-faced king.

Geraldine Brooks is a very gifted historical fiction writer and she is unafraid to tackle any topic, era, or person. At this point, her books have been about the plague, Louisa May Alcott's famous March family, and the first Native American to graduate from Harvard College. While this is not my favorite of her novels, I admire her love for history and her ability to take moments and people out of the archives and bring them to fascinating and nuanced life.


The Secret Chord
By Geraldine Brooks
Viking October 2015
302 pages
Read via Netgalley
Posted by Lindsey at 6:00 AM