Mini-reviews: Escape from Mr. Lemoncello's Library and A Curious Beginning 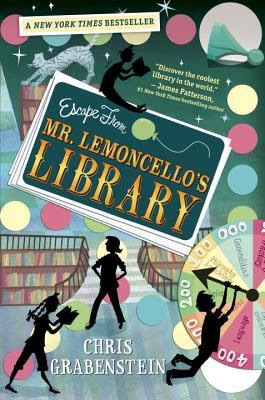 Kyle Keeley is good at making jokes and good at playing games. He especially loves the games of local legendary game-maker Mr. Lemoncello. When he discovers that the inventor himself is sponsoring the reopening of their local library and has created an overnight game for twelve lucky kids, Kyle knows he has to be a part of it. The children are told that they must use all of the resources of the library to figure out how to escape from being locked inside.

I think Grabenstein deserves some credit here for both realizing the power of libraries' history and the capabilities they may have in the future. Escape from Mr. Lemoncello's Library references your childhood favorites, but it also imagines the ways that technology could be used to enhance and interact with those stories.

If this book had been out when I was in elementary or middle school, I think it would have been a favorite. Since I am about two decades older than that age group, I will say that it was a fun way to spend an afternoon and I would wholeheartedly recommend it to any young reader who loves adventure, whether they know all of the wonders a library can hold or will discover them for the first time through the clever games of Mr. Lemoncello. 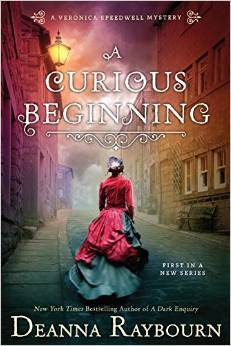 Veronica Speedwell is at a turning point in her life. Her aunt has passed away and she is ready to pursue her love of science around the world. But before she can leave, her home is ransacked and a mysterious baron says that she is danger. He promises to reveal everything he knows about what is going on and how it connects to Veronica but before he can tell her, he is murdered. Veronica must team up with the baron's eccentric friend Stoker to figure out who is after her and what they want.

Veronica is a very spunky heroine. She does things like taking lovers in foreign lands or telling off the local parson when he disapproves of her behavior. It makes for a lot of fun, but I was waiting for some consequences for her nontraditional choices. Of course, this is fiction, so people may disapprove but no one actually gets in the way of Veronica's independence.

The mystery is good here, but the real draw is the dynamic between Veronica and Stoker. Both characters are stubborn and feisty. Watching them come to care for each other is the highlight of this story.


A Curious Beginning
By Deanna Raybourn
NAL/Penguin October 2015
337 pages
Read via Netgalley
Posted by Lindsey at 6:00 AM