It's Monday and we are back from DC!

We just got back on Sunday night from a whirlwind weekend in Washington, D.C. We left on Friday morning and drove to Rockville, Maryland where we stayed in a hotel just two blocks from the metro line. Friday night, we ventured out to Rockville Town Square, where the kids played in a park while we listened to live music, and then we hit the toy store and got some frozen yogurt. Saturday morning, we got an early start which turned out to be a very good thing. By the time we got to the National Mall for Together 2016, the security line stretched for blocks. Once we finally got inside the fence, we were fortunate enough to stake out some prime grass underneath a grove of trees. It was blisteringly hot. While we couldn't see the stage, we could hear all of the speakers and musicians and husband took the kids for some one-on-one walks so they could see who was on stage and get a better idea of what thousands of people look like in once place! 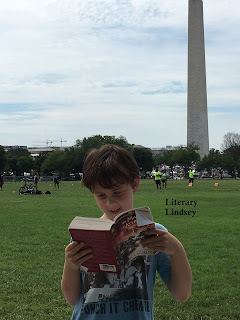 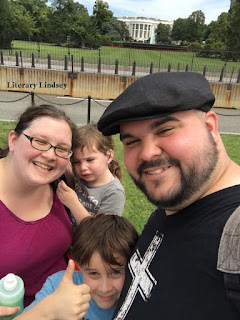 We stayed about two hours and then decided to move on to a place that provided food and air conditioning (and history, of course). We visited the American History Museum and the Air and Space Museum. We got on a very crowded train and made it back to our hotel just in time for the skies to open. We had packed no umbrellas, of course, and I will confess that walking two blocks in the rain with a sleeping toddler made our walk back to the hotel a bit tougher than our morning walk to the train! The kids spent the evening playing with their new toys, while their parents tried to soothe their tired muscles after carrying children and supplies for eight miles or so. 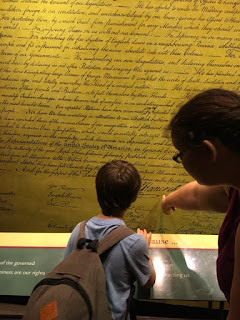 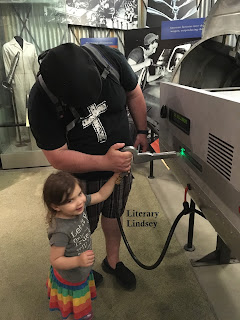 On Sunday we stopped at the Udvar-Hazy Center, which is home to lots of airplanes and the space shuttle Discovery. Have I mentioned my husband is a big fan of space? After a frustrating amount of traffic, we were all happy to sleep in our own beds Sunday night! 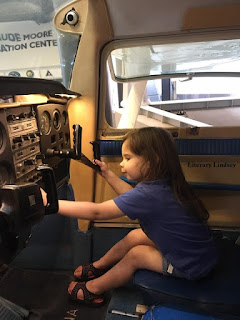 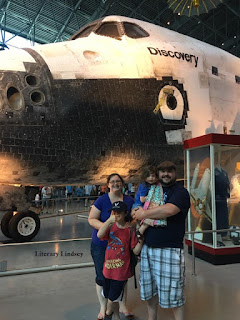 The reading kept moving right along, too. I read Alice Hoffman's Here on Earth early in the week and I think I will be donating it right back to the library sale from whence it came. It's apparently a modern retelling of Wuthering Heights (which I did not know at the outset) and it left me feeling like a good shower might be in order. I managed to read Sleeping Giants mostly in our hotel room this weekend as I waited for kiddos who were excited by the prospect of a new city and getting to sleep in the same big bed to finally go to sleep! Up next for me? I'm really excited to read Ben Winter's Underground Airlines and Ramona Ausubel's Sons and Daughters of Ease and Plenty, which I bought from my local indie bookstore last week. I've read books by both of these authors and I will probably neglect all sorts of things this week as I see what they've written this time.